What can you learn with a PoC?

Jablotron Cloud Services (JCS) is a software company with its own IoT solution, which provides complete cloud support for physical devices - from protocol to applications. Devices that connect to the cloud are manufactured by companies from the JABLOTRON GROUP holding - these are mainly alarms, recuperation, heating, GPS units, and car alarms. JCS strives for continuous improvement. Their goal is to be a product-driven company, instead of a manager-led business. 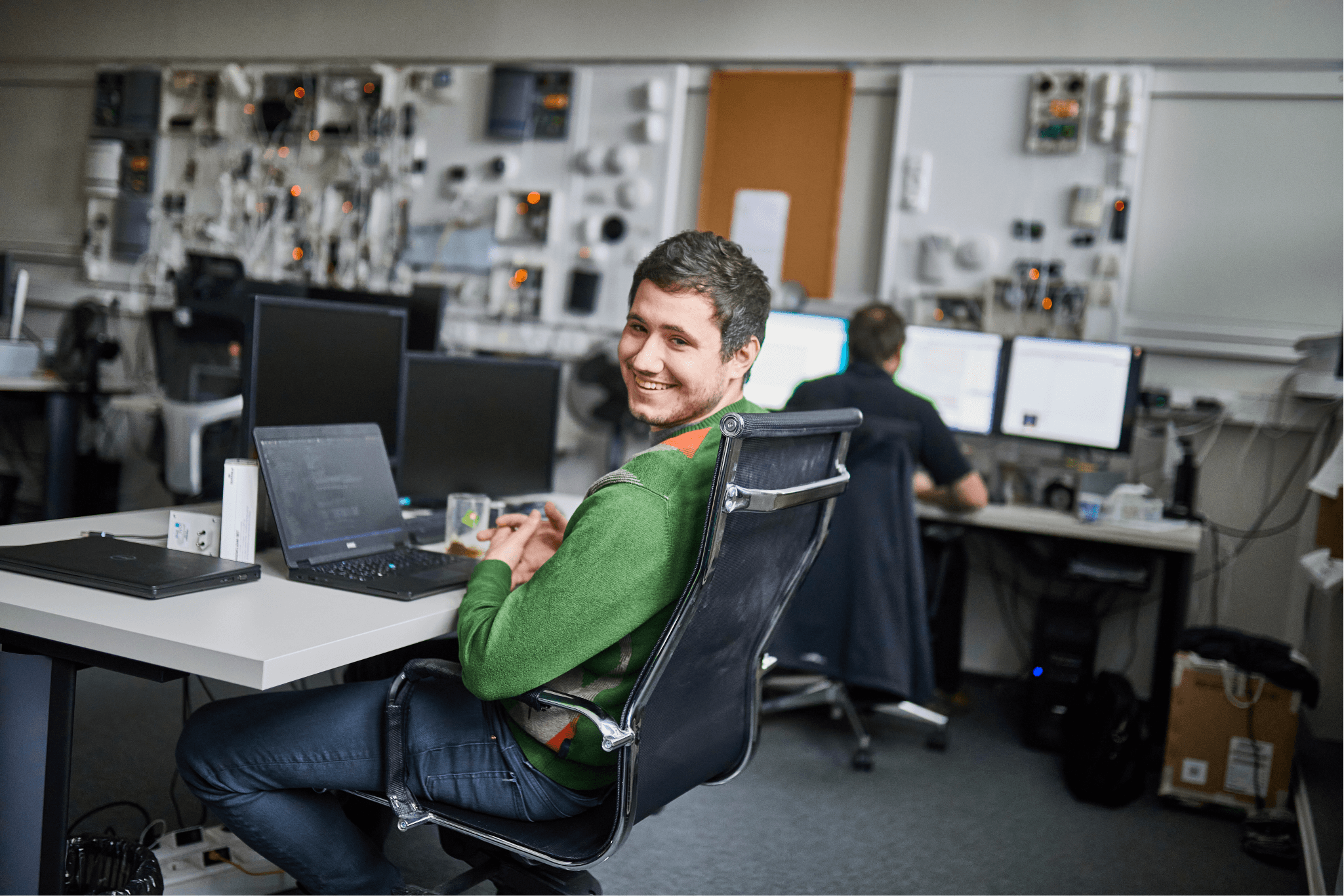 What needed to be done?

A PoC of a Dev environment in AWS (and its migration backwards
With the advent of a new technology stack, which meant evolutionary growth for JCS, there was also a need to maintain a much larger number of technologies in operation. Until then, the company mainly used IaaS, but as the number of new technologies in use grew, it became unbearable. This is why JABLOTRON decided to explore the possibilities of managed services of a public cloud solution.

“In addition to the experience we had with IBM Cloud, we wanted to also try the services of one of “the great three" (GCP, AWS, Azure). The goal was to gain experience operating on a public cloud. In order not to invent a project in vain, we decided to do a PoC on the development environment of the new technology stack. It was big enough, technologically diverse and what's more important, an actual environment that we work in”

The aim of the PoC was to gain "know-how" about the public cloud and find out whether this could be the path that JABLOTRON could take in the future. Although there were several solutions in the game, the final choice was made to go with AWS. There were several reasons for that. At JCS, they followed the "exclusion method" when making decisions. Azure was about 20% more expensive at the time, and almost no Microsoft technology was used in JCS. Google, on the other hand, generally focuses more on big data and is more popular as well, but they are known to switch off their technologies when they introduce new ones more often which did not suit the client. AWS was rated as the most conservative of the "big three", so it was decided to go with this system. The CTO himself added that the discussion about public Cloud providers was led on many different levels and each of them has some pros and cons. Revolgy helped the JCS with running the PoC.

“Revolgy team was eager to help from the start. I'd like to emphasise the effort they made to get us in touch with people at AWS (i.e. they didn't try to act as a barrier between us and AWS themselves). They wanted to show us that AWS cares about their customers and that we aren't just a “small fish in the pond” for them. Revolgy were willing to play by our “playbook” – their team and our people were working on the project together and shared a slack channel. There was no forwarding messages and passing on projects and outputs over a wall of emails. And as cherry on top, they got us free credits from AWS for the majority of the PoC.” 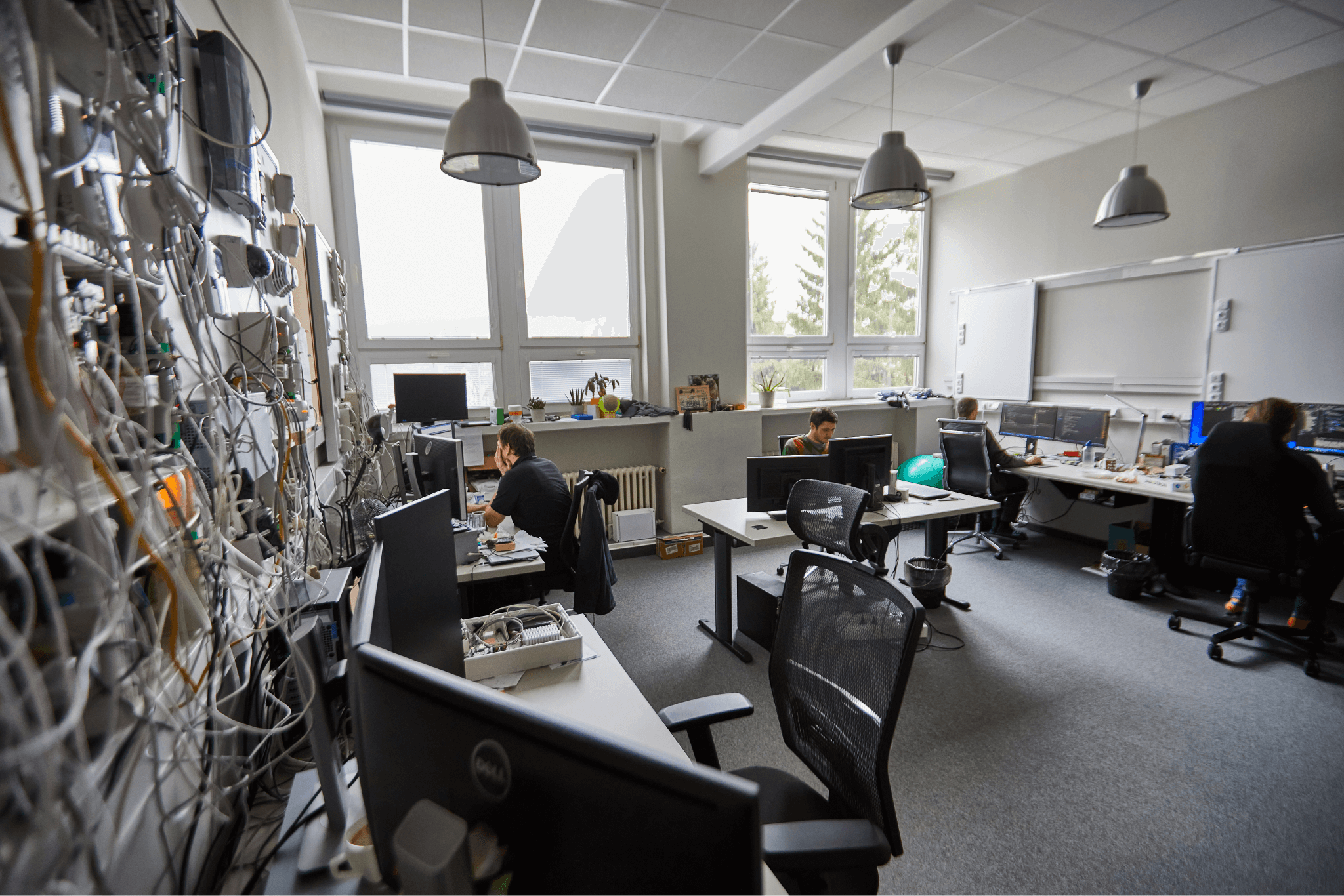 As the main goal of JABLOTRON was gaining in-house knowledge, a hybrid team made of JSC and Revolgy employees was created.

„We've agreed on an unwritten rule, that JSC will be “the hands” of the project and Revolgy will be “the brain”. The aim was to gain new skills in the most efficient way. We've defined the roles in the team, introduced new colleagues to each other, and started by defining the scope of the project, its goals and deadline. We discussed the progress of the project on our weekly syncs. We have set the Go Live date for the final migration when we would switch to the public Cloud. Migration was a success. Our developers barely noticed that they are working in a different location, on a public Cloud. The workload of the Operations and DevOps teams suddenly went down too. We've saved a tremendous amount of time that before was spent on maintenance of DevOps of the databases of our infrastructure. In the course of the project, we have also requested a small workshop about efficient spending on AWS.“

Thanks to the successful PoC, JCS now has all the knowledge they need to decide how they will work with the public Cloud in the future.

“This project is one of the important inputs that will allow us to decide if we will continue functioning on an on-premises solution, switch to a hybrid solution or fully switch to the Cloud. At the end of the day, it is all about people. If there's no one who really understands the technology and enjoys working with it, it doesn’t really matter how modern the technology is.”